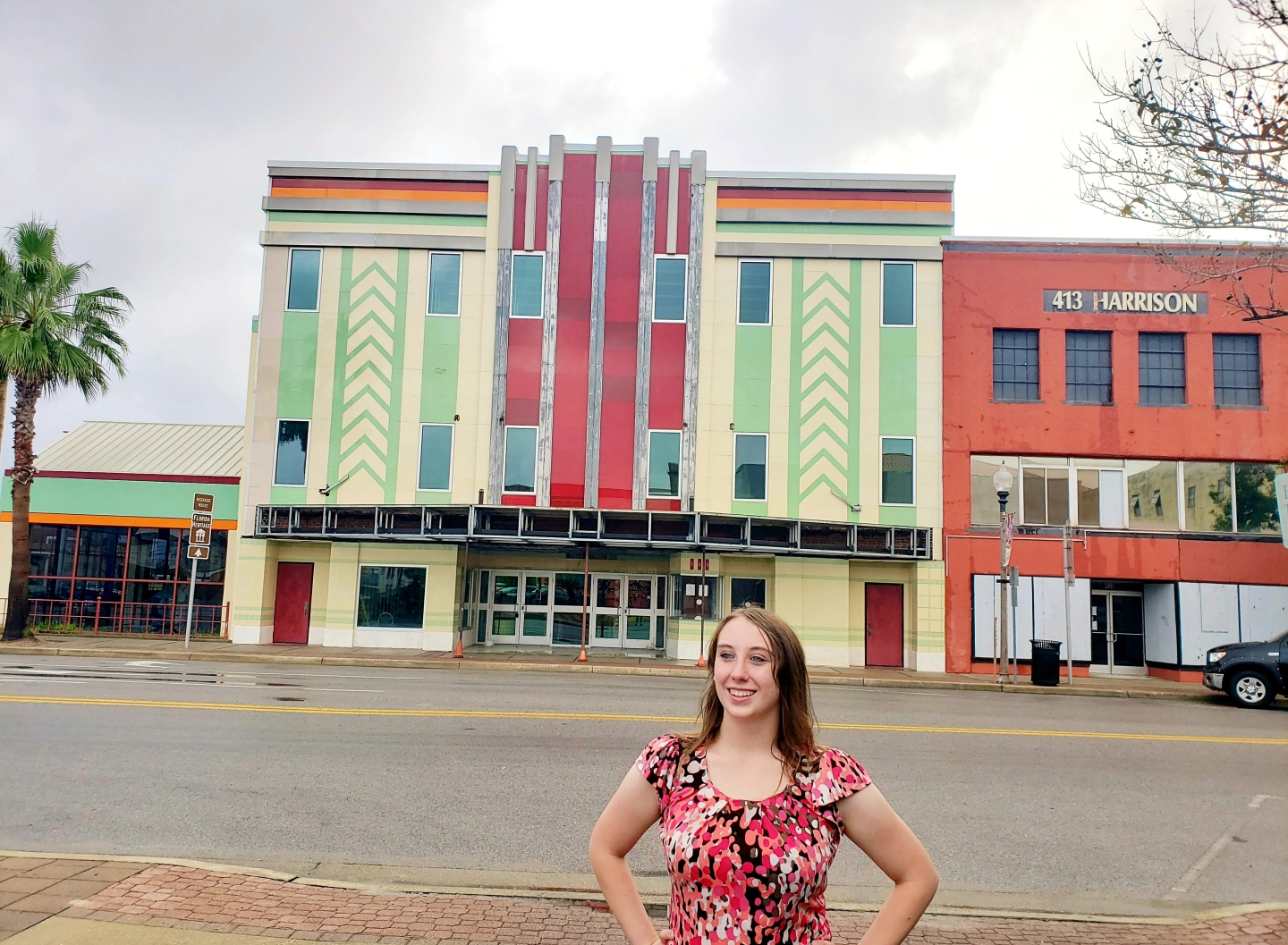 The Martin Theatre: Movie Stars, Ghosts and a Hurricane

Written by Violet SkyPosted on November 6, 2020November 5, 2020Leave a comment

This historic theatre located in downtown Panama City is reminiscent for its “Great Gatsby” style. Known for being a haunted destination and even movie stars once visited the theater!

The theatre was built in 1936 by a company from Columbus, Georgia. When it first opened it was known as The Ritz. Earning this name for its classic and fanciful style despite the recent Great Depression. It was a wonderful attraction in Panama City and made for a wonderful night out with movies playing on the big screen.

Clark Gable was active in the Air Force in 1942 and during his enlistment spent six weeks at Tyndall Air Force Base nearby. During this time he attended the Air Force Gunnery School. Obviously already a movie star from his role as Rhett Butler in Gone With The Wind in 1939, locals felt impressed to have a celebrity in their city. While Gable was at Tyndall learning his training he visited the Martin Theatre. Rumors say he also watch a movie during his stop at the historic theatre.

Other notable celebrities are reported to have graced the doors of the Martin Theatre. Michael O’Shea is one of the actors to have visited, he most commonly recognized for his roles played in Jack London (1943) and The Big Wheel (1949). William Boyd also toured the Ritz Theatre. Boyd was most famously known for his roles as Hopalong Cassidy which were featured from the 1930s-1950s. The Topper star, Constance Bennett even made a trip the theatre during Hollywood’s Golden Age. “Wild” Bill Elliott, a popular actor immortialized by cowboy roles in westerns was another celebrity to make a detour to this historic theatre.

In the 1950s, the original owners sold the theatre to the Martin family, who in time renamed the business to the Martin Theatre. The exterior of the building renovated, a new state of the art Cinemascope screen was installed and expansions added. The Martin’s ran the movie theatre until 1978, when they closed their doors.

For a time during the start of the 1980s, the large building was turned into a shooting gallery downtown. Disturbed by the lack of care taken to the once grand theatre the Panama City Downtown Improvement Board purchased the theatre and completed a full restoration. On November 19, 1990 the theatre reopened for the first time in nearly twelve years. The reopening welcomed warmly by locals and many people attended the celebratory gala.

Since the 1990s, the Martin Theatre has grown in size and now features a green room and reception area for events. Until 2018, the theatre was frequently hosting events, dances, classic movies and theatrical productions.

Devastation left behind by the Category 5 Hurricane Michael on October 10, 2018, the Martin Theatre was left with severe damage. Today, as you can see by the photos, the Martin Theatre is still in its stages of recovery and hopes to reopen once again in the near future.

Ghosts of the Martin Theatre

Over the years staff and guests alike have reported hearing mysterious sounds coming from the dark corridors of the historic theatre. From footsteps to shadowy figures some have found the place to be quite haunting. Workers have claimed that the curtains have been found pulled down after they swore they put them up the night before, flickering lights, shivering screams and missing objects. While paranormal investigations have been reportedly conducted, experts have found that over five ghosts may roam the theatre.