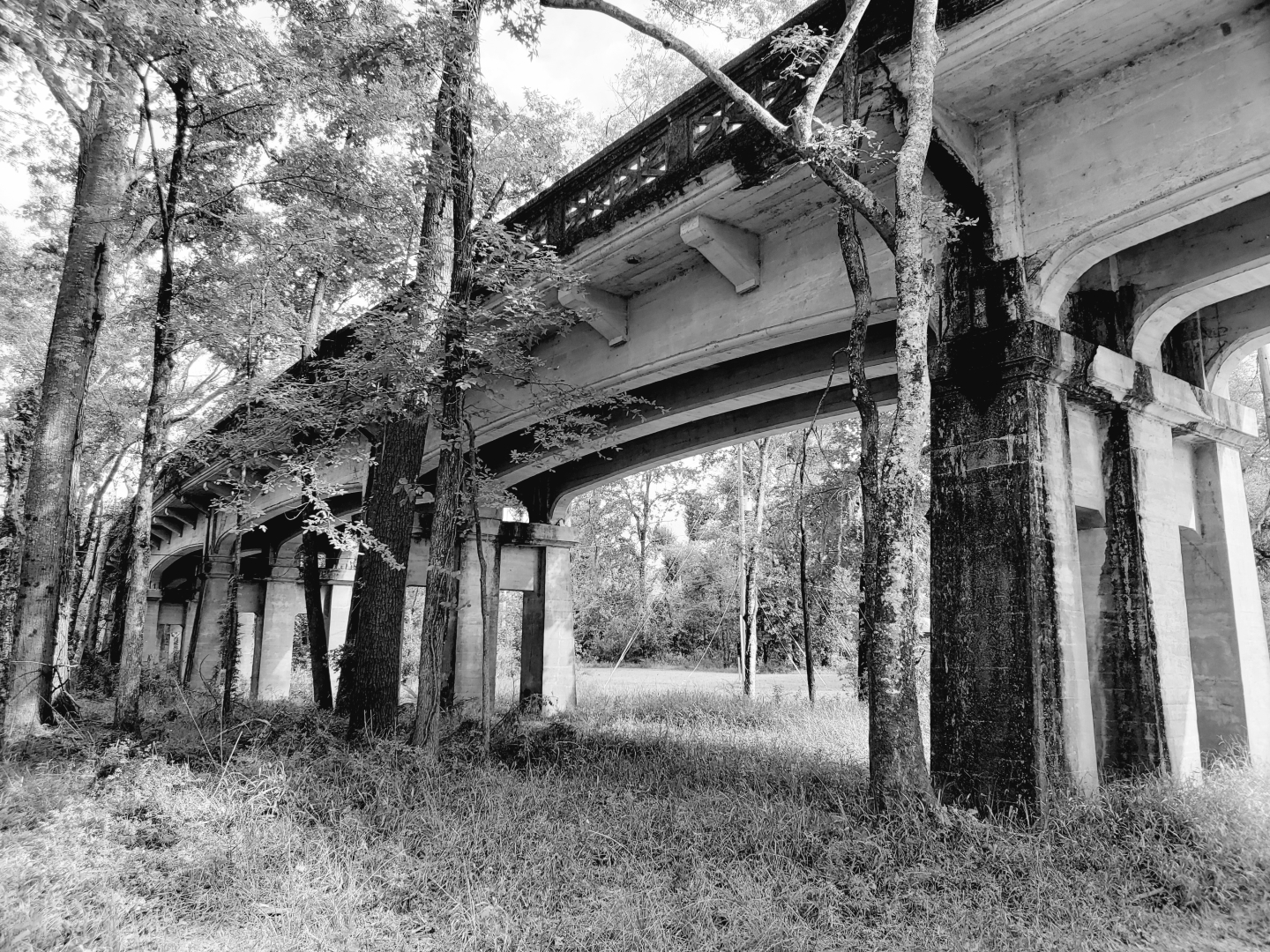 Constructed in 1922, the Victory Bridge cost a total of $1 million dollars and was used for over 70 years. It was a 100′ drawbridge that opened and closed to allow for riverboats to make their way through without coming into contact with the spanning arches.

It was named the Victory Bridge in response to the efforts and triumph of World War I which had just ended a few years beforehand. Old Spanish Trail which crossed over the bridge was a popular route that followed the path of colonial era roads. The Old Spanish Trail National Highway connected St. Augustine, Florida to San Diego, California.

After the Jim Woodford Dam was built in 1947, the use for the drawbridge become obsolete as the dam blocked any major boats passage down the river. It was the dam that created Lake Seminole. Each year the river floods but some years with greater intensity. As seen in the photo below, the river levels are monitored and marked during those extreme years. The highest level on record since the bridge was built was in March of 1929 when the river rose 79.6′ and in July of 1994 the Apalachicola River flooded 78.4′.

Today Victory Bridge stands as a reminder of the past and makes for some great photo opportunities.

It was replaced in 1994 as the demand for traffic increased and the stability of the bridge were questioned. Soon afterward the bridge was decommissioned and barricaded from future usage. Although access onto the bridge is not allowed walking trails permit for some exploration underneath.

Also nearby is one of the last standing Indian Mounds from the Fort Walton Period (1450-1650).