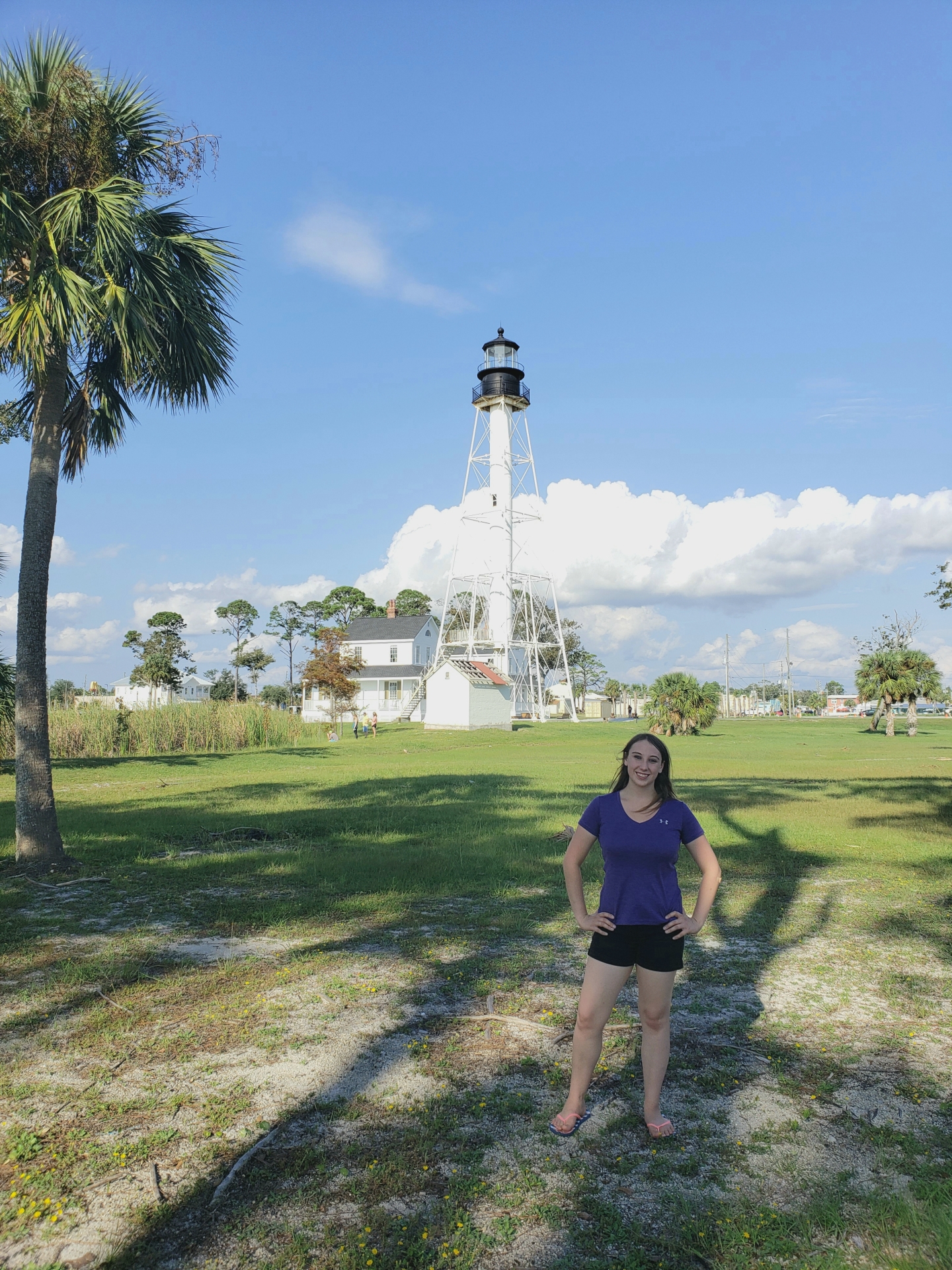 With great effort this historic lighthouse has been on the Forgotten Coast of the Florida Panhandle since 1882. The lighthouse was recently relocated to Port St. Joe, a quaint coastal city with timeless charm. It is conveniently located just of scenic Highway 98 across from downtown.

The lighthouse seen here today has not always been standing in its current location. Previously it was constructed to replace the old Cape San Blas Lighthouse that was destroyed in a storm in 1882. Even though the last lighthouse was constructed of sturdy brick and metal it was not capable to withstand the harsh storm surges and winds from its position at Cape San Blas. It was determined that a lighthouse needed to be strong and simple so that it would be able to withstand the elements.

With concern of the beach erosion causing another demise for the Cape San Blas Lighthouse a skeletal steel frame was used. Out at the cape two light keeper stations were also built to serve as housing at the remote location. Again in 1894, a strong storm destroyed a keepers station and the beacon’s light. Plans and funding to move the lighthouse to Black’s Island was considered but it never was moved.

In 1919, due to the constant issue of erosion the lighthouse was moved just a quarter mile north on the cape. Over the years of its operation, over twenty lightkeepers served the station. The Cape San Blas Light remained at this site and was finally automated in 1981 but decommissioned in 1996.

Finally in 2014, the lighthouse and two keeper stations were moved from the cape to nearby Port St. Joe. It was placed in George Core Park. The lighthouse stands 98 feet tall and when in operation can cast a light up to 14 nautical miles into the Gulf of Mexico.

Today the Cape San Blas Lighthouse is managed by St. Joseph Historical Society and has been added to the National Register of Historic Places. You can tour the lighthouse and for more information please visit http://www.capesanblaslight.org/location-of-the-cape-san-blas-lighthouse.cfm.