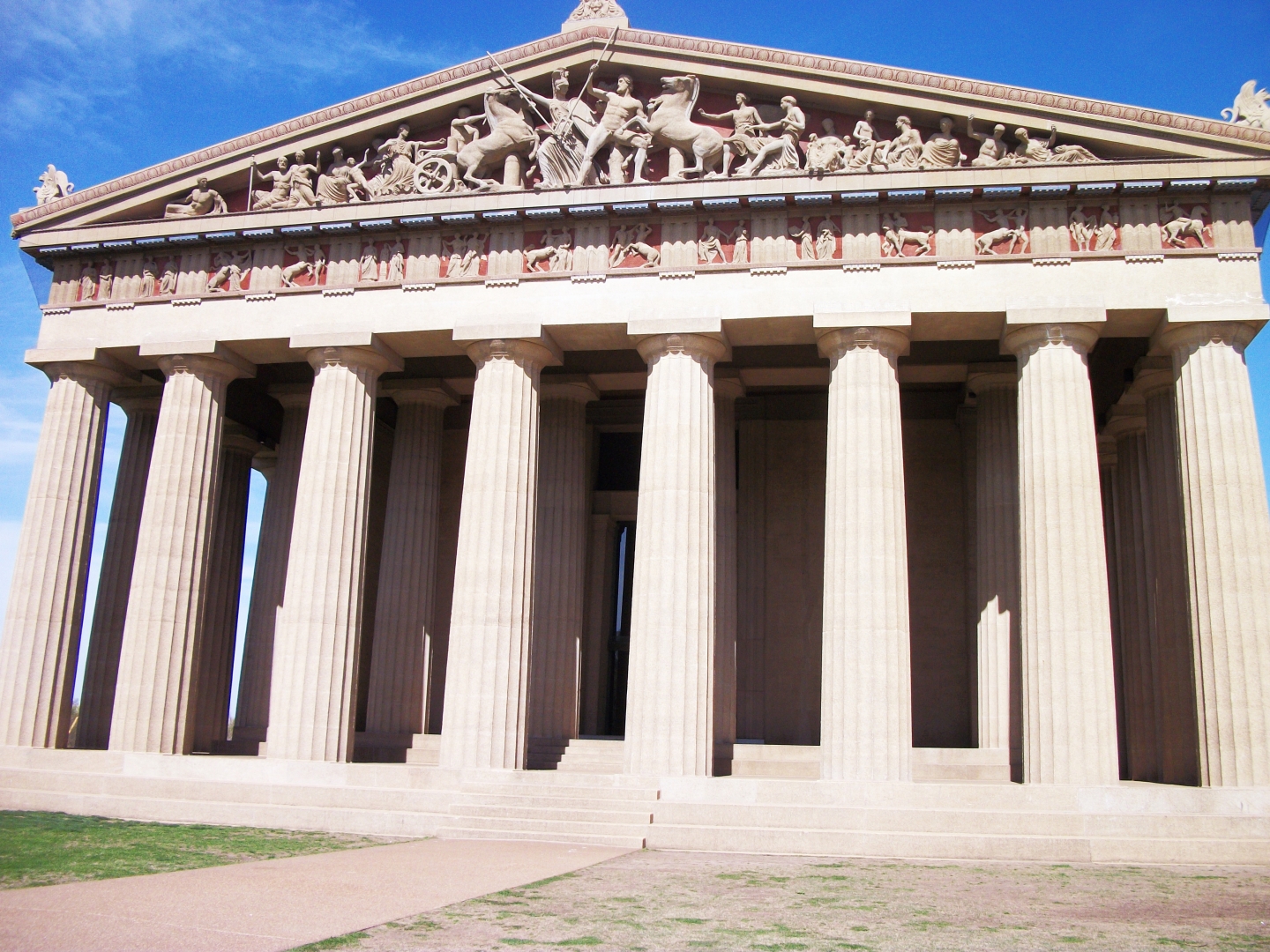 Recognized as the “Athens of the South”, Nashville, Tennessee is home to an astonishing replica of the famous Parthenon that was built in 432 B.C. to honor the Greek Goddess, Athena. For history lovers and those with an interest in detailed architecture, the Parthenon brings a glimpse of Greek travel and culture to Americans.

The Parthenon replica was designed by architect William Crawford Smith who was a veteran of the Civil War. This elegant structure was created to be the focal point and center for the 200 acres of festivities during the 1897 Tennessee Centennial Exposition. Over 1.5 million people attended the popular event.

The building was first constructed to not be a permanent structure. In fact the walls were composed of brick, wood and plaster. It was left standing following the exposition as the cost to demolish it was considered too costly and locals loved the feel of having a building with so much culture.

Over the next few decades of time and weather the Parthenon of Nashville grew into disrepair. Through the years of the 1920s and early 1930s, the entire building was remodeled and based upon a foundation of concrete. This upgrade made the Parthenon much more permanent and able to handle the elements.

In 1931, the building opened to the public for tours in Centennial Park and has remained open to the present. The 42 foot statue of Athena was commissioned to be recreated later by a local sculptor. After eight years of hard work and dedication the replica of the statue of Athena has been on display since 1990. It wasn’t until 2002 that the statue was able to be painted to its current appearance.

Today, nearly 200,000 people a year visit this unique landmark in the heart of Nashville.

Not only is this adventure to a replica of the famous Greek Parthenon awesome, being able to see it in full size is amazing! Also on display are actual casts made from the historic sculptures originating in ancient Greece.

For information about current hours, admission and other details please visit https://www.nashvilleparthenon.com/hours-location.

Explore the map below for a more detailed location of the Parthenon in Nashville, Tennessee.