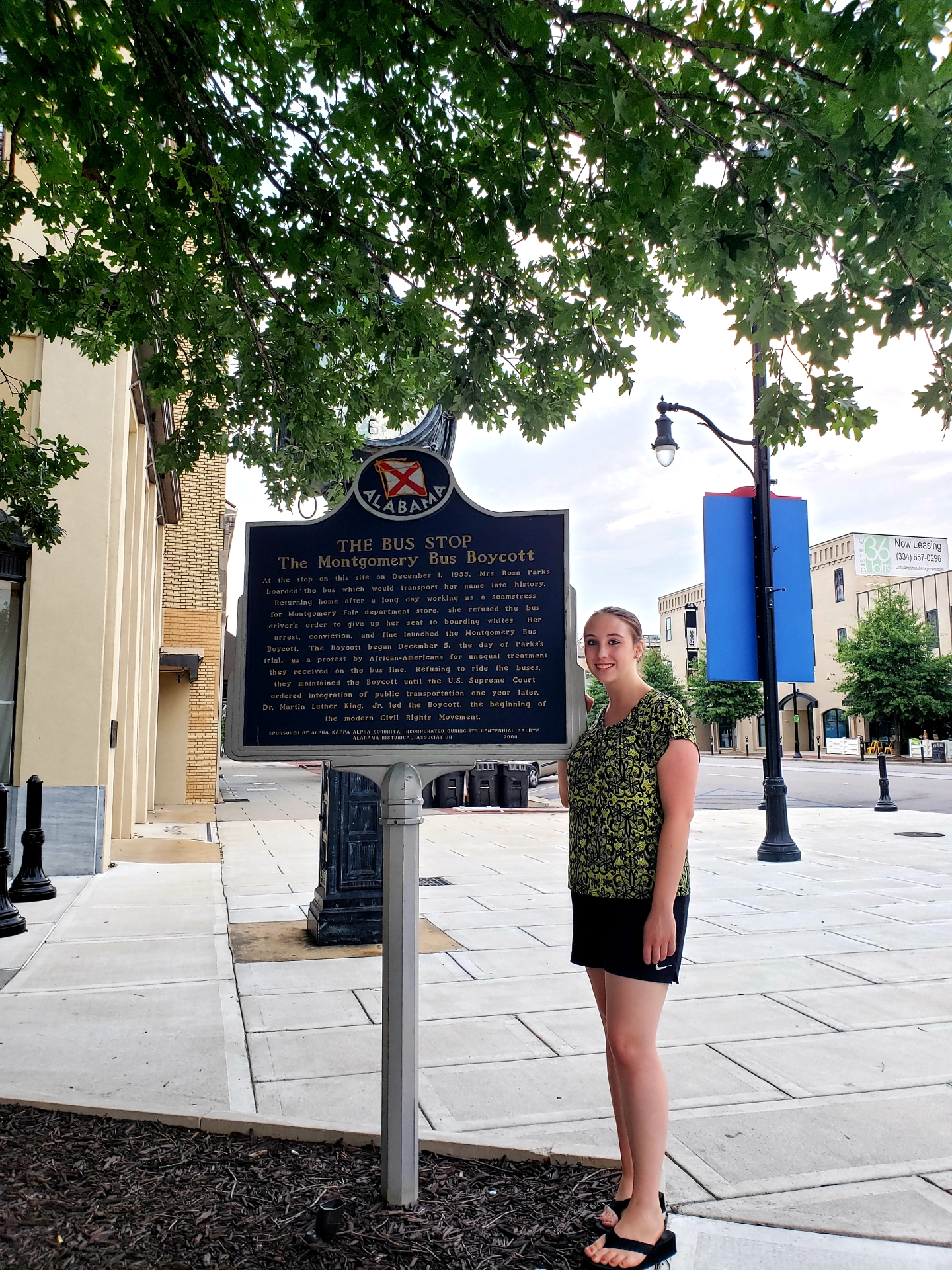 In downtown Montgomery, Alabama across from the popular Court Square Fountain and just a few blocks to the west of the historic capitol building stands a statue in honor of Rosa Parks.

Rosa Parks and the Bus Stop

It was in this area of Montgomery that on December 1, 1955 Rosa Parks who had just left work as a seamstress at a local department store made her famous dispute. Her stance was against African Americans having to give up their seat for a Caucasian person on city transit buses. Her refusal to leave her place in the front of the bus led to the start of the Montgomery Bus Boycott. These protests ended in legislation that made it illegal for the City of Montgomery Bus Transit system to discriminate against people of color by forcing them to sit in the back of the bus.

There are several important places to visit if you are looking to learn about the life and events of Rosa Parks.

As you approach the corner where the statue of her stands, there is also a plaque. This Alabama historical commemorative plaque outlines the history that makes Ms. Parks so famous as well as the motivation behind her actions.

Also just half a block east on Dexter Avenue is the place where the building that Rosa Parks once worked stood.

There are several parking garages in the downtown area. Also street parking is an option but limited on time. Fortunately if you do not have quarters the street parking meters also accept select cards for payment.

The landmarks and markers are all very close together near the intersection of Dexter Avenue and the roundabout for Court Square.

So as you are taking a stroll through the streets of this urban downtown landscape, take a moment and read about the significant event that took place in Montgomery several decades ago. Learn about Rosa Parks and her achievement in paving the way for the future of anti-segregation.