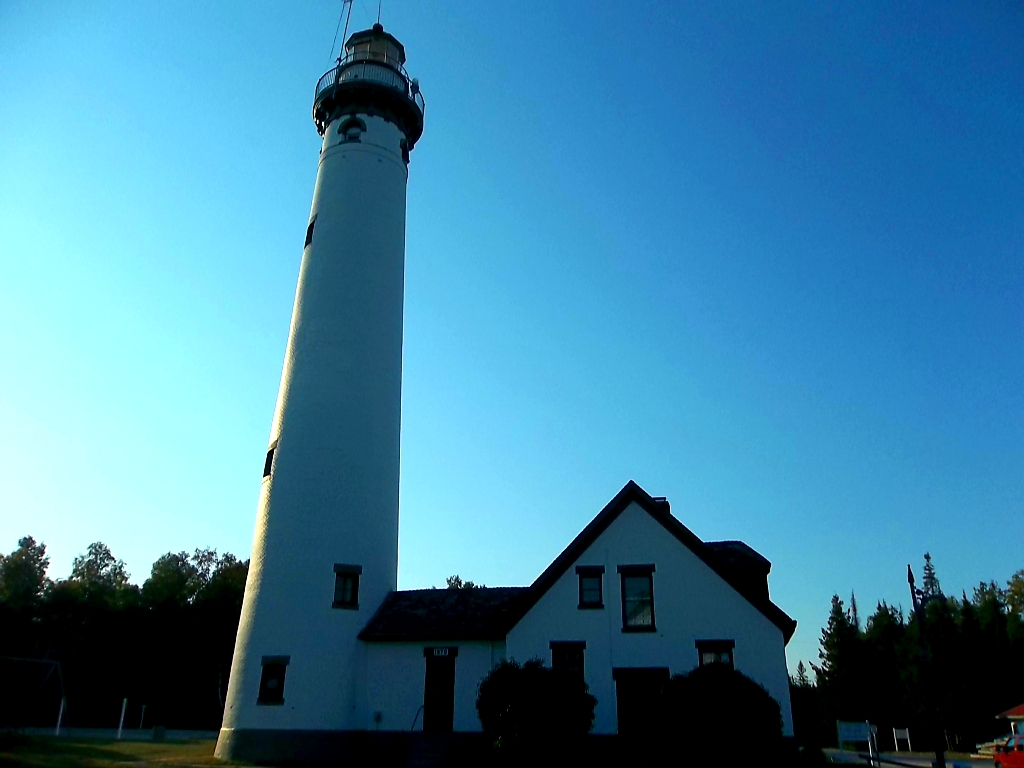 Towering over 110 feet into the air stands this historic lighthouse known as the New Presque Isle Light. Since 1870, this beacon has stood on the shore of Lake Huron casting a glimpse of light 22 miles into the distance to guide navigating ships.

Michigan is famous for its lighthouses with nearly 150 of these navigating beacons lining its miles of shoreline, they are a popular attraction for visitors. In fact, the state has more lighthouses than any other. This is most likely due to the amount of waterfront it must protect as the state borders four out of the five Great Lakes.

The Old Presque Isle Lighthouse had been standing since 1840, and thirty years later it was decided to build at new beacon a mile north on the point. The older lighthouse was not as tall and therefore could not produce as distant of a light.

In 1870, the New Presque Isle Lighthouse was built. A small ship called a lighthouse tender brought supplies to those working on building the structure. It was completed in 1871 and was composed of double brick walls. This lighthouse was strong enough to withstand the bitter harsh winds of a northern winter.

A light keeper was assigned to the beacon and was tasked with the duty of keeping the light in working order. Climbing 138 steps that took the keeper to the top of the lighthouse was a daily duty. A connected hallway allowed the workers to venture to and from the light and keepers house without entering the cold weather outdoors.

Aside from having a third-order Fresnel lens, a fog signal was also added to the lighthouse to keep ships safe during poor weather conditions.

For almost 100 years the light was kept by a light keeper but was automated in 1970. In the 1990s, the lighthouse had a bit of work done to preserve the building and has since been turned into a museum.

The lighthouse is best to be visited on a clear day, which is popularly stated one might be able to view Canada. Also be sure to wear tennis shoes as there are a lot of steps required to visit the top of the beacon.